Let’s write a program in Leafony!

Leafony only works when you write a program.
For example, in Quick Start, a program has been written to read the four sensors and send data via Bluetooth LE.

Install the software needed to write a program in Leafony

The Arduino IDE is a development environment for the Arduino, an open source hardware platform for electronics.

Refer to Version of the Arduino IDE.

Let’s write a program in Leafony and make it work!

Connect to your PC with a USB cable.

Configuration of the microcontroller board

To develop Leafony in the Arduino IDE, let’s follow the steps below to configure the IDE.

Checking the operation of the microcontroller board

Specifying pins for a sketch

The pin should be specified by its name. 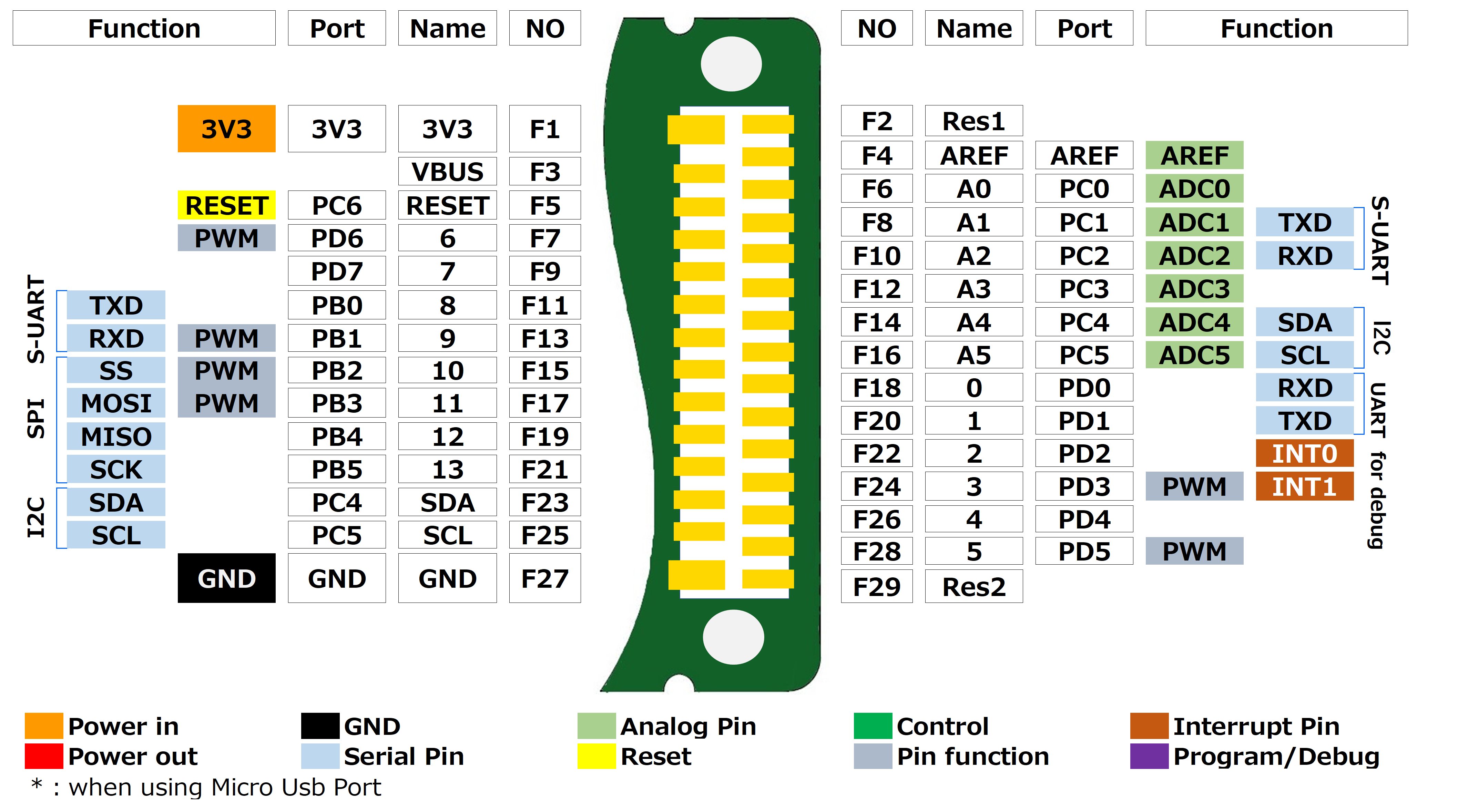 To use some of the leaves, you will need to install additional libraries.
Follow the steps below to install all libraries in advance.

The libraries used in each Kit are as follows.

Launch the Arduino and choose Sketch → Include Library → Install ZIP Library to load the zip file you just downloaded.

A number of programs are available in Sample App. To make development easier, install the library and get started.

Back to previous page